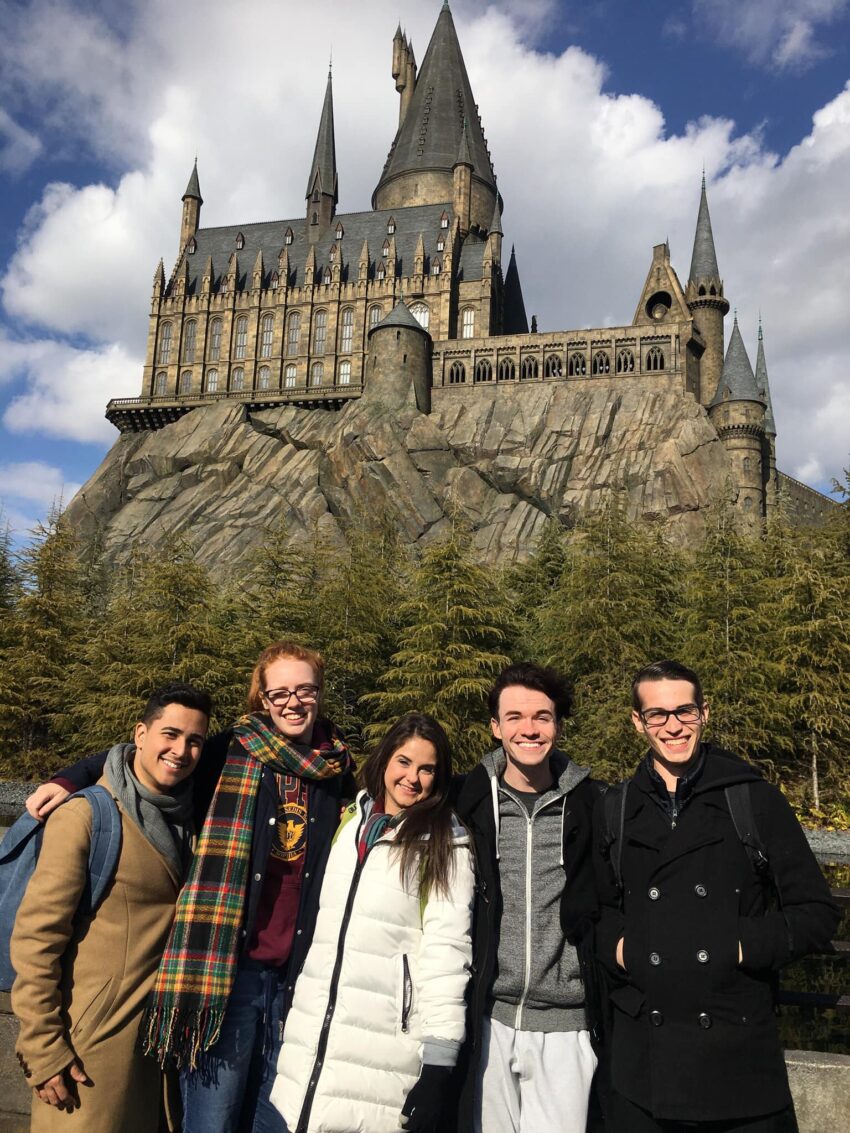 Regardless of whether it’s mid-January when the air is icy and the ground is cold, or whether it’s the middle of June when commuters press themselves against the air vents on the train to escape the heat; the winter robes are always on for the performers at Universal Studio Japan’s Wizarding World of Harry Potter.

From February 2017 until March 2018 I was an actor in the Wand Studies show at USJ in Osaka. I auditioned for the job purely because I liked the idea of living in Japan and figured I could use what little drama experience I had from high school to get by. What I didn’t consider, was the fact that I wouldn’t just be moving to a different country, I would be entering a different world. Walking down the hallways in the staff buildings at USJ you would see the suit performer who plays Miffy chatting away to Shrek. At lunch, in the cafeteria, there would be groups of zombies in full make-up wearing white lab coats so as not to get food on their fake-blood-stained clothes. And between shows, my friends and I would go to the vending machine hidden beneath Hogwarts Castle to pick out onigiri while the guests above screamed with excitement. One of my favorite parts of the day was cycling around the perimeter of the park on my way home, listening to the soundtrack of the WaterWorld show peppered with the cries of dinosaurs from Jurassic Park.

Being a foreign performer at USJ comes with some amazing perks – free entry into the theme park on certain days of the month, your own little apartment in a block that feels more like a college dorm than an apartment building, and discounts at the gift shops! However, there are some downsides; one being a total loss of anonymity. It wasn’t uncommon to come home, log on to Facebook, and see 100 new pictures of yourself uploaded by superfans who had sat and watched every single one of your shows that day. At first, it was flattering. But after seeing the hundredth close up of yourself mid-sneeze and eyes watering, the novelty wears off.

As I mentioned, winter never ends in the Wizarding World of Harry Potter. The shops of Diagon Alley remain swathed in artificial snow year-round and the Butterbeer is served hot. Even in the height of summer, performers are draped in heavy cloaks and woolen sweaters. In an attempt to beat the heat, we used to strap ice packs to ourselves under our shirts and each performer carried a little handkerchief to wipe away sweat…which of course the superfans always managed to catch on camera.

As surreal as it was, casting spells and running around in Hogwarts uniform every day, my time at USJ helped shape my life in the real world. It gave me the magic and motivation I needed to make my way through university, and it is the reason I have come back to Japan to work as an ALT. As we head into the depths of winter, I like to remember Dumbledore’s famous quote, “Happiness can be found, even in the darkest of times, if one only remembers to turn on the light.”