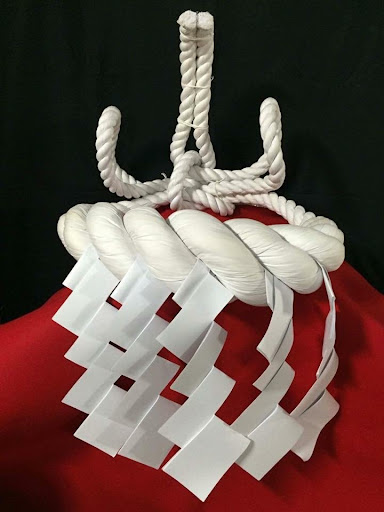 The long history of sumo dates back over 2,000 years ago, and is the national sport with religious ties to Shintoism. You can see these Shinto ties in the opening ceremony with salt tossing to purify the ring, with the stage itself sitting under a makeshift Shinto shrine roof. The attire of the judges is also similar to priests and even the traditional clapping before matches which is also used in prayers. The influence of Shintoism is a strong part of sumo and is one of the many reasons why it continues to be Japan’s national sport.

With its long history and interesting ties to religion, it is no surprise that sumo is popular not only among Japanese citizens but foreigners as well. After Japan emerged from isolation with the signing of the Convention of Kanagawa in 1854, sumo saw a growing number of foreign fans and wrestlers. Many foreign sumo wrestlers come from Mongolia, Brazil, China, the U.S., and many other countries. Although many foreign sumo wrestlers do not rank above the lower divisions, those that do rise to sekiwake (3rd highest rank), ōzeki (2nd highest rank), and yokozuna (the highest rank) were of Polynesian descent.

Konishiki Yasokichi, a Samoan American sumo wrestler, originally had goals of becoming a lawyer but fate changed his path when he was scouted in Hawai’i by Takamiyama Daigorō (another Polynesian wrestler from Hawai’i). Training under Takamiyama gave him the necessary skills to become the first foreign-born wrestler to reach ōzeki, the second-highest rank. Because he was the first wrestler to reach such a high ranking, many people debated whether or not a foreigner could have the cultural understanding to take on the role. After his career in sumo ended, he dabbled in acting in Japan and the U.S. and had a music career. Later founded the Konishiki Kids Foundation which helps underprivileged children from Hawai’i experience Japanese culture.

Takamiyama Daigorō, a Hawaiian American sumo wrestler, was a football player in high school who took up amateur sumo to train his lower body. After being spotted by visiting professional sumo wrestlers he was recruited to train in Japan after graduating high school. He had a successful 20-year career during which he reached the third-highest ranking of sekiwake, and was the first foreign sumo wrestler to establish his own training studio, Azumazeki Stable. It was there he trained both Konishiki Yasokichi and Akebono Tarō, two other famous sumo wrestlers.

Akebono Tarō, a Hawaiian American sumo wrestler, was planning on pursuing a career in hotel management in Hawai’i but had always been interested in sumo. It was when he was introduced to Takamiyama that his sumo career began. Akebono rose through the ranks so skillfully that he maintained the highest rank, yokozuna, for almost 8 years. In his career, he became the first foreign sumo wrestler in history to reach yokozuna. After retiring he taught at the Azumazeki Stable, then later started a career in professional wrestling.

Musashimaru Kōyō, a Samoan-Tongan American sumo wrestler, started out playing football and Greco-Roman wrestling in high school when his coach encouraged him to give sumo a try. He then moved to Japan and rose through the ranks just as Akebono did. Musashimara became the second foreign sumo wrestler in history to reach the highest rank, yokozuna. After retirement, he starred in some SoftBank commercials and married a Tokyo hula instructor.

As of today, there are no active Polynesian sumo wrestlers in Japan, however, that does not change the waves they have created for the acceptance of foreign athletes and the doors they helped to open for other foreign sumo wrestlers in the past 60 years.