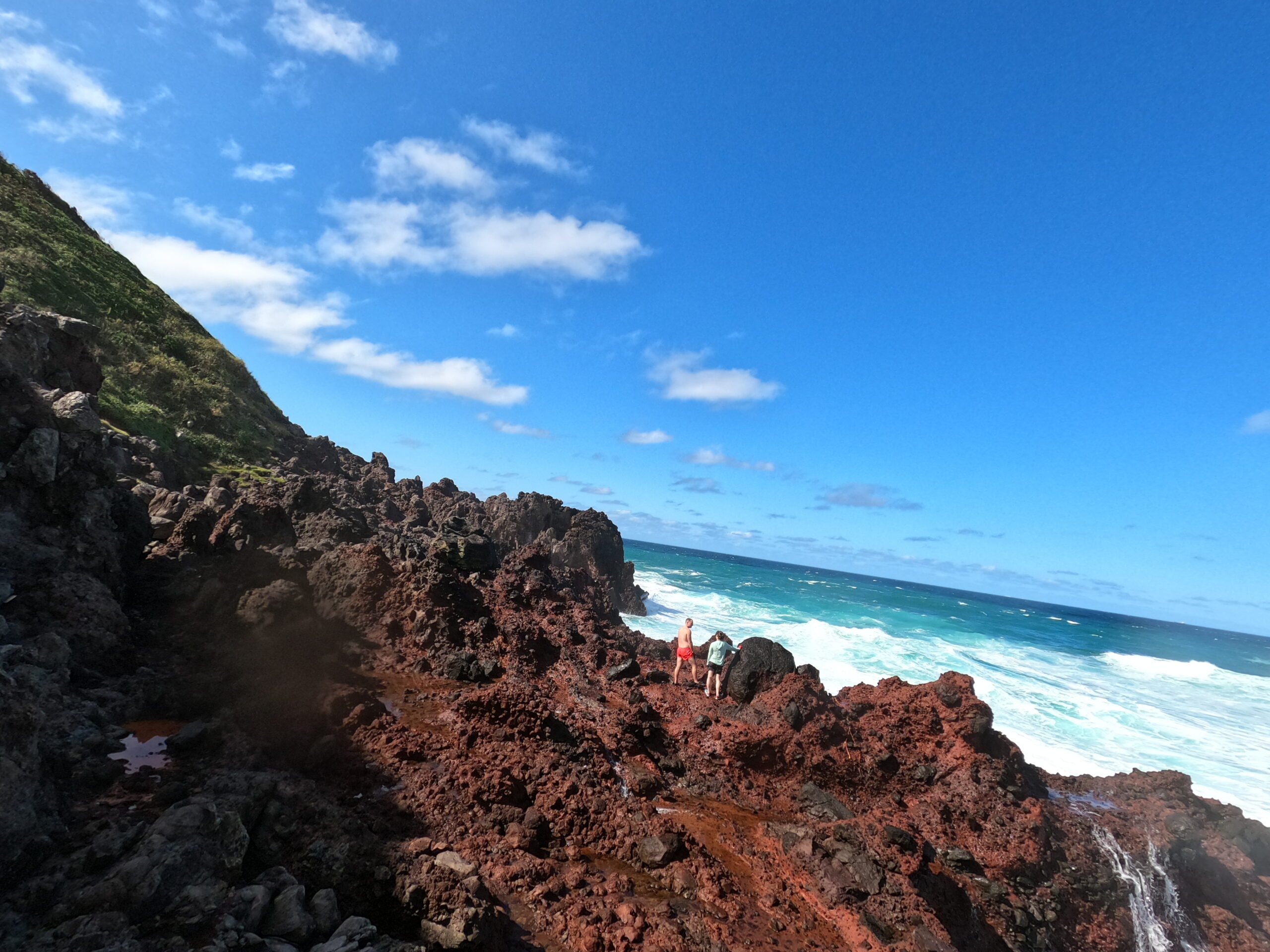 Have you heard of Iki Island before? It’s a very small island in southwestern Kyushu, Japan, as a part of Nagasaki Prefecture. Iki Island is one of the wonders of Japan and the world.

My name is Trevor and I worked for two years, from 2019 to 2021, as the Coordinator for International Relations at the Iki City Tourism Division. In my time living on Iki I have learned and experienced so much. I love Iki Island. It is the ultimate hidden gem of Japan, having not only a surprisingly rich culture and history, but also beautiful beaches, nature, delicious food (both seafood and non-seafood), drinks (Iki shochu), and very kind people.

First, I want to talk about the culture and history of Iki Island.

Iki Island has over 120 official Shinto shrines, but if you count the unofficial shrines the number reaches to over 1000. Truly, Iki Island is an island of gods (known as kami in Japanese).

In the oldest Japanese historical record, the Kojiki, it is written that Iki Island was the fourth island created by the deities Izanagi and Izanami. Iki is also said to be the first place on Earth that some of the first Japanese deities, such as Amenohitobashira and Tsukuyomi no Mikoto, came to. The place these deities descended to is known today as Ondake Shrine.

The mysterious roots of Iki Island continue. There is the ancient legend of the island of Iki itself being alive, and so the gods pinned the island in place with giant pillars to prevent it from drifting away in the ocean. Each of these pillar locations are beautiful scenic spots, which include popular areas such as Sakyobana and Tatsunoshima.

There is also the ancient legend of Iki Island being inhabited by malicious oni, or “ogres”, in the past. The brave samurai hero Yuriwaka came and defeated the oni. This allowed the people of Iki Island to once again live in peace. There are a few places on Iki which are connected to oni lore, such as Oni no Ashiato (“Devil’s Footprint”) and Jagatani.

Iki also has many kofun (“tumulus” or “ancient burial mounds”). These are scattered around the island and were built over 1000 years ago! These kofun were the burial places for powerful individuals in the past.

Beyond the interesting and deep cultural and historical roots of Iki Island, there are also a plethora of beautiful beaches and other things to enjoy.

In the southeast of the island, in Ishida-cho, are the popular Ohama, Tsutsukihama, and Nishikhama beaches. Further north, in Ashibe-cho, is Kuyoshihama beach, which is great for coastal sunrises and surfing. The emerald green waters of the uninhabited island Tatsunoshima also have a breathtaking beach you can visit. My personal favorite is a toss-up between Ohama Beach and the beach located on the separate island Oshima, which is known as Oshima Beach.

For food and drinks, Iki Island has delectable fresh seafood as well as locally cultivated beef, in addition to it’s locally-produced alcohol, shochu. I recommend both the sushi, sashimi, and Iki beef dishes of the island.

Overall, Iki Island is a beautiful part of Japan that should not be overlooked. When COVID calms down, you could do an island adventure here and on the neighboring islands, such as Tsushima. Pre-COVID times, you could also get from Iki to South Korea by boat via Tsushima.

There is much more that can be said about Iki Island. When you visit, please also check out the Iki Island Museum (Ikikoku Museum) for more information about the history of Iki Island.

Please feel free to check out these resources for more information on Iki Island!

You can get to Iki by the following methods: