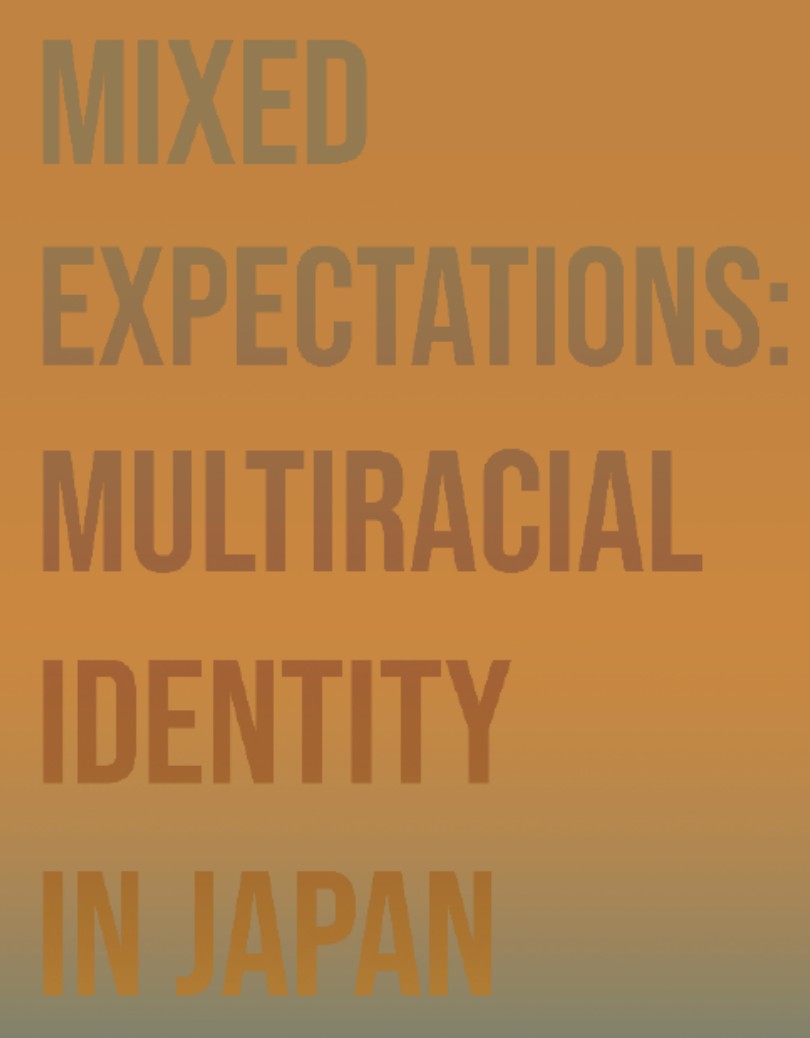 “Wow, it’s like you’re Japanese!” This is a comment that Deanna, a Black Japanese person living in Kawatana, has received from other Japanese people here. Being mixed race can be difficult in many cultures. Japan, with its largely monoethnic population, is a unique and potentially more challenging place for mixed-race people to live. It’s easy to see another person as part of one’s “in-group” or “out-group,” i.e. as a Japanese person or as a foreigner, but people of mixed Japanese descent straddle that line, defying easy categorization. For Deanna, she’s often placed in the “foreigner” category. When she hears comments like the one above, what they tell her is “I don’t actually see you as a Japanese person.”

Despite the apparent exclusion of people who are of mixed Japanese descent, the reality is more complicated. The population of people with one foreign parent or of otherwise mixed descent is rising. As of 2016, 1 in 50 babies in Japan were born to a Japanese parent and a foreign parent, and the trend is continuing upward. Beyond the borders of Japan, those numbers are even higher. There is a large Japanese community in Deanna’s home state of Hawai’i (at 12.6%, they are the second largest ethnic group in the state), and there, it’s much more common for people to inherit more than one culture. This is one example of how the monoracial Japanese myth isn’t as prevalent beyond the borders of Japan, where more people of Japanese descent are multiracial.

However, not all mixed race people find themselves seen as outsiders in Japan. Milo, a white and Japanese fourth grader in Saikai, is treated like any other student in his school. His mother, Ryoko, says that he has lots of friends and fits in with his classmates, who, if anything, see his mixed heritage as cool. Despite living in England until second grade, Milo is fluent in the Japanese language and culture, thanks to frequent trips to Japan and studying at Japanese school on Saturdays when he was abroad.

On a different part of the cultural fluency spectrum is Jennifer, who worked in Nagasaki as an ALT. Even though both of her parents are ethnically Japanese, she grew up in the U.S.A. without close contact to her family in Japan. “I was born in America and I’m an American citizen, but my blood is Japanese,” she said. This led to her Japanese students seeing her as hāfu, which surprised her. “For Japanese people, American is another ethnicity.”

The dissonance between the way one identifies oneself versus the way one is perceived by others can become a point of contention for mixed-race people. Of course, this isn’t the case for everyone, like with Milo, and every Japanese person treats multiracial people differently, but extremes can be seen in the case of celebrities. Nowadays, there are more people of mixed Japanese descent in the spotlight. Naomi Osaka, a world-ranked Japanese tennis player, is one of those people. A widely-shared opinion piece by Kuni Miyake at the Japan Times even questioned whether Osaka was “Japanese enough” to represent Japan in tennis. Although the piece gained a lot of traction, so did the backlash against the article, with people defending Osaka, and showing support for the idea that just because one is multiracial doesn’t mean they have to perform a certain way to cater to the expectations of other people in that culture. The criticisms against Osaka are more than just the fact that she’s mixed-race, but also have to do with her Blackness. Japan, like a lot of the world, is socially and economically biased toward people with lighter skin, and representations of Black people in Japanese media are often based on negative stereotypes.

The cases of Naomi Osaka and other Black Japanese celebrities are in direct contrast to the media’s perception of non-Black mixed race Japanese celebrities. Quite a few famous models and actresses in Japan are of mixed race descent, and some of them are among the most popular in the country. Rola, for example, is a model, singer, and actress of Bangladeshi, Japanese and Russian descent. Despite, or because of, her mixed heritage, Rola has one of the largest social media followings in Japan, and is one of the most featured public figures in TV shows and other media. She and other non-Black mixed-race Japanese models are highly sought-after for advertising products in Japan and around the world. There’s a clear double standard for people depending on what their non-Japanese heritage is, with certain types of racial heritage being more accepted than others; the shadow of anti-Blackness casts heavily over this societal judgment. There’s even a term for those of mixed-race who don’t live up to expectations: zannen hāfu (disappointing hāfu).

Whether criticized or tokenized for their mixed heritage, these celebrities demonstrate how the idea of monoethnic Japan isn’t a reality, and even in Japan’s history, never was. In fact, there are emerging studies showcasing the potential benefits of being multiracial, including that it makes people more adaptable, creative, and open-minded. Even cultivating friendships with multiracial people can change how people think, making them more open to other people’s identities and struggles. It’s also important to note that all people interviewed for this article take pride in their identities and histories, which can be far more significant than their categorization by others. In Japan and around the world, there will always be people who will readily accept others into their communities, and there will always be people who will reject others instead. But it’s crucial to remember to keep an open mind to others of all different backgrounds, be a generous listener to their experiences, and undertake the responsibility to educate ourselves as best we can about the world beyond our own positionality.

Special thanks to Deanna, Jennifer, Kyle, and Milo and his family for lending their voices and experiences.